Busy times for us in Europe… here at last is some news and photos from our time in France:

Monique Forestier (my wife, by the way, if you didn’t know it!) has climbed Tom et je Ris (8b+, or 32 in Oz grades) which is an incredible 60-metre route on the east side of Verdon Gorge. Approached by a one hour and twenty-minute hike and then by abseil, the route itself is super exposed, sustained and run-out. Quite the mind-trip! The steadily overhanging route follows an extraordinary tufa for nearly all of its 60 metres, although at times the route incorporates a couple of other tufa’s into the climbing.

A friend described Tom et je Ris as “one of the King lines” and personally I think it is one of the most stunning lines that I’ve ever seen. I’ve known about the route for years and have long been keen to photograph it. Monique first tried the route, or some of it anyway, one day a few years back. Her quick taster that day was enough for her to get really inspired but we had to wait over two years until we could make it back to France with the stars aligned enough for her to try it in earnest.

At home before our trip Monique built up some fitness — including sending Microcosm (31) in seven days. We then started our trip here to France climbing at St Leger where Monique got used to the limestone and tufa climbing — doing several 7c+’s, 8a’s and an 8a+ (Malaxe, in four shots). From St Leger we did several trips across to Verdon for Tom et je Ris and I started to rack up some belayer’s brownie points.

Tom et je Ris has a lot of climbing that is surprisingly technical. After five days of trying, and leading it through with lots of rests, Monique felt she’d worked it out enough to try red-pointing in earnest. But then Monique nearly pulled the plug. She said to me that she was pretty sure that she could do it but was impossible to tell how long it would take: it could be two days, or two months. Well, we certainly didn’t have the luxury, to hang about on the other side of the world, for her to siege it into submission. I felt it was a more interesting challenge, anyway, for her to try it in the time that we had left and so I encouraged her to give it another few days. On day seven she got through the lower cruxes and things were looking good, I was already starting to the thank the belay-slave god out there but then with a blood-curdling scream she can whipping-off from very high of the route. Lesson learnt: this is just not a route you can over-grip on and pacing is critical, you’ve got to play the game for the long-haul.

On day eight it took a few shots. Pushed to the max, it was an incredible fight. This time I didn’t count my chickens. From the screams coming from 50 metres above me I knew it wouldn’t be long until she fell; so I just paid out lots of slack and waited for the inevitable plummet. But amazingly (thankfully) it never came. She hung in there, gave it everything and fought it right to the end. The rope kept slowly inching out until I finally heard her victory “whoop” reverberating up and down the gorge. I think it was one of the best leads of her life. Such an incredibly cool route too. Incidentally, it is the first Australian grade 32 route that Monique has climbed overseas and her first since having a baby nearly three years ago. Awesome stuff!

After her send we had a little break from Verdon. Then a week later we returned for two days so that I could shoot some photos and video (stay tuned for that). The pics below are just a little taster, my best shots might end up in print so I can’t put them on the internet just yet. 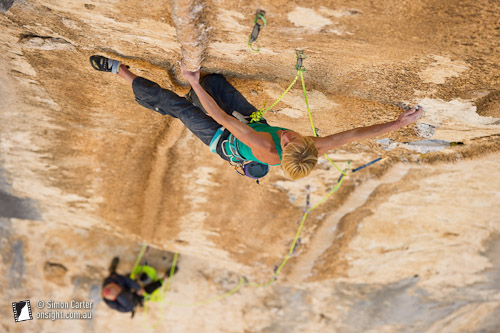 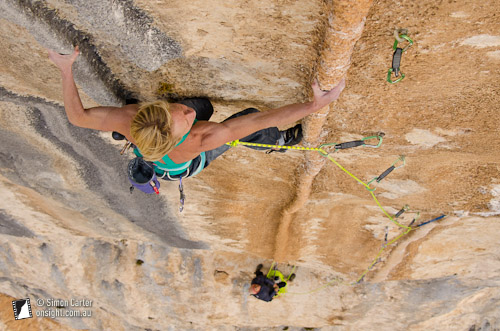 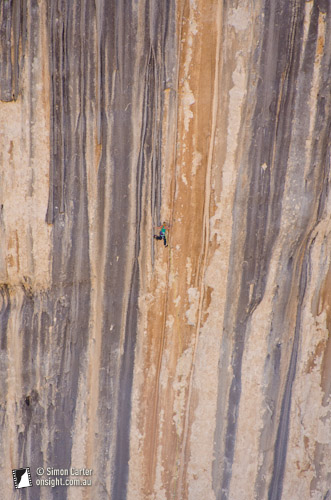 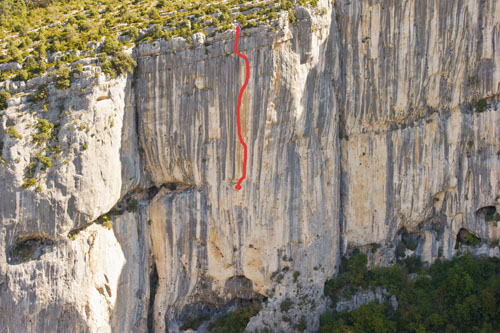