Well I’m now in Spain for a bit, climbing and shooting, and having a great time! Just seem to love it more and more over here. We have mostly been to Oliana again, one of the best hard crags in the world for sure. The scene and vibe here at the moment is insane and yesterday must have been one of the best days ever. I’m sure everyone at the crag was super psyched to watch Chris Sharma put in an inspiring effort to send his long-term project La Dura Dura (9b+ or 38); certainly the hardest route in the world at the moment. I spent a lot of time filming Adam Ondra and Chris Sharma attempting this route when I was here last year. Adam climbed it a few months back. And it seemed obvious that Chris was now getting super close; he just looked so strong on it in recent days. So when he tied in for his second shot yesterday I put the Nikon in video mode and managed to catch the send on film. The whole send took about 20 minutes. I’ll get that edited up and put it out there in some form shortly, so stay tuned for that. But I’ve got a few proj’s of my own to send first — thankfully nothing too hard!

Screenshot of the video footage of Chris’ send:

And after the send:

No, not following the route! Belayer Joe Kinder winching high enough up the route to lower Chris back to the ground! It is a long route (40+ metres). 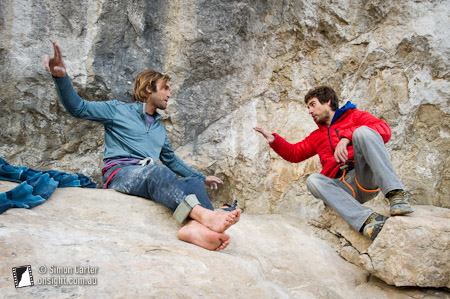 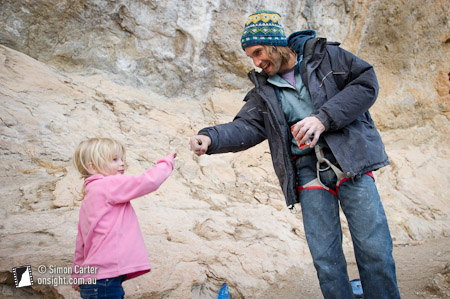