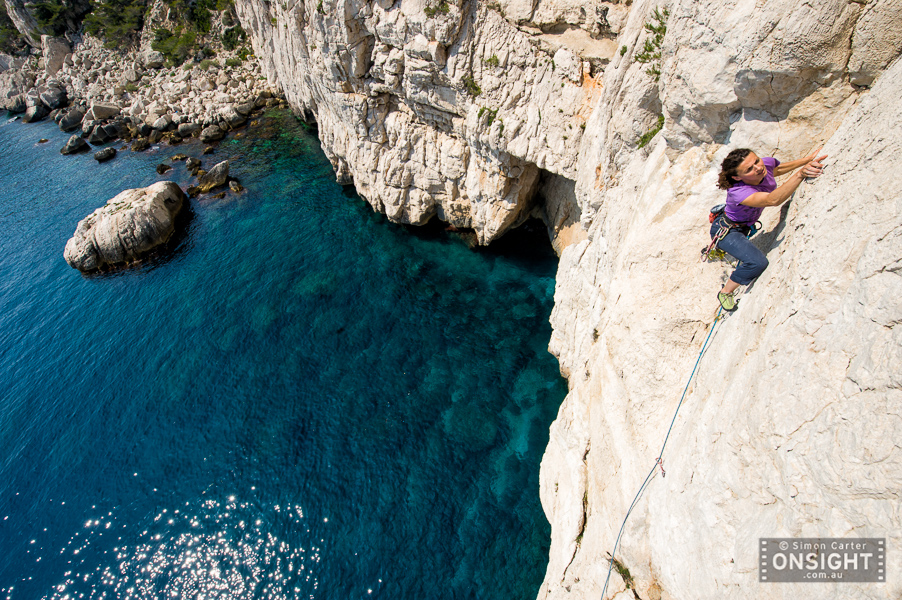 A naked bather nearby is unaware of us until we start giggling like schoolgirls. My dear friend, Nadine Rousselot and I have been traversing, crab-like, just above the supralittoral zone on perfect albino limestone for four lovely pitches. It’s hot as you would expect in mid June. I’m being cooked; my eyeballs are like fried eggs, and my feet, like sausages on a BBQ, are about to split and explode. Thankfully, we soon enter the shade, suspended under a roof, where the cool rock soothes my pains. I’d really like to hang around but the bombarding waves herald some urgency to complete the neat little adventure we’d started, La Commune. 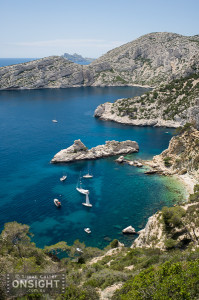 Les Calanques is a 20 kilometre stretch of ragged rocky coastline extending east from Marseilles to Cassis. This sweep of white cliffs is riddled with deep bays called calanques, where those seeking secluded beaches can tether their yachts and marvel at the turquoise waters tickling the pebbly shores. Above is open parkland, with well trodden paths along cliff-tops or out to promontories, both offering flamboyant views over the Mediterranean Sea.
Les Calanques has seen its heyday and perhaps it’s not as trendy or chic as its younger relations now enjoying the limelight: Céüse, Gorges du Tarn or St Leger. But keep in mind it’s an area where French modern climbing evolved and countless routes have stood the test of time to become à la mode classics. Consider the old school romp Arête de Marseille (5c) on La Grande Candelle. While you bridge between the spire and the main peak with nothing but giddying nothingness all around, remember that this perfect passage was established way back in 1927. 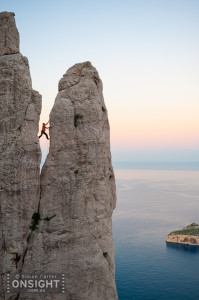 To really squeeze the most out of Les Calanques you can combine its natural beauty with its climbing delights. At En Vau, enjoy the pleasures of multi-pitching knowing that a tantalising swim awaits nearby. At Goudes, take a wild ride along the lip of its cave and be marinated in the sun as it slips toward the horizon. La Triperie’s vanilla white cliffs lining the inside of a horseshoe showcase super-technical climbing high above the shimmering sea. And there’s no better way to get wet than with some deep-water soloing, being swallowed up by the soothing aquamarine depths is mild punishment for a failed attempt.

The area harbours thousands, not hundreds, of climbs. All aspects of the compass are covered, offering climbing either in or out of the sun. There is a cosmopolitan blend of climbing options, grades and styles on offer. Old routes, and new. So whatever your climbing fascination, enjoy the opulent menu on offer at Les Calanques. 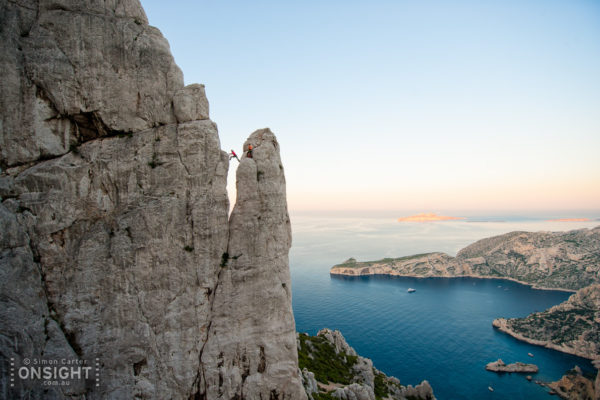 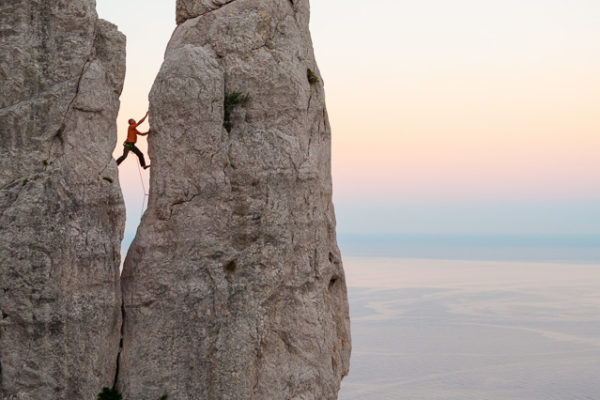 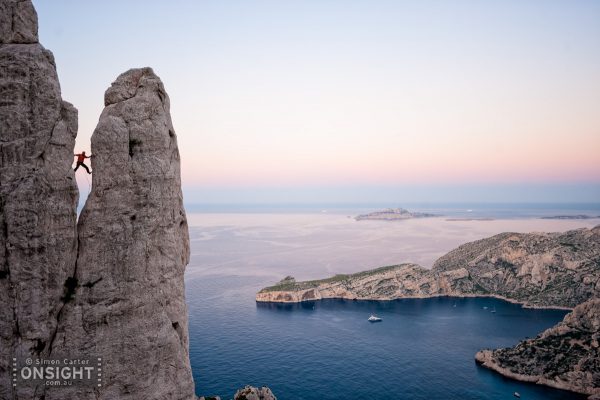 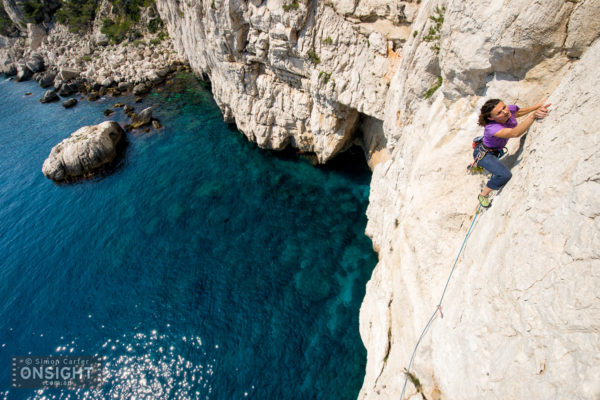 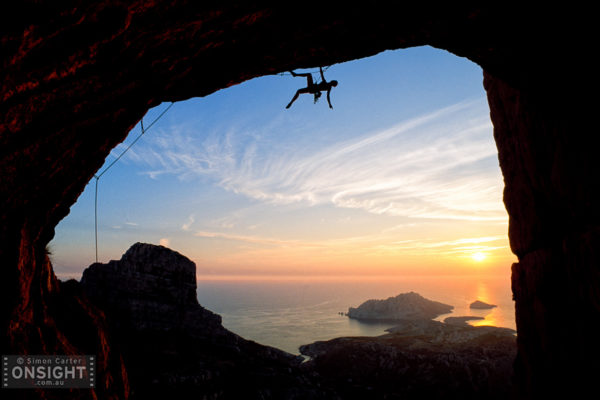 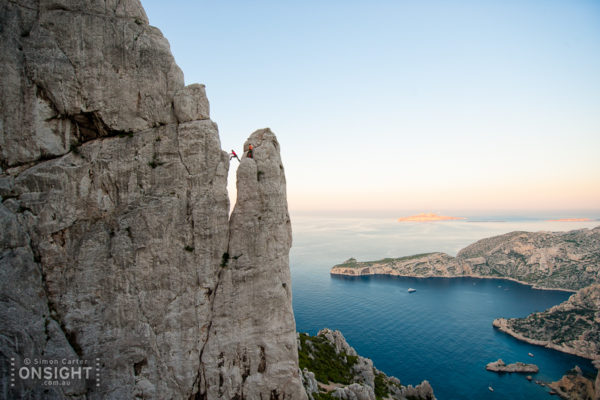 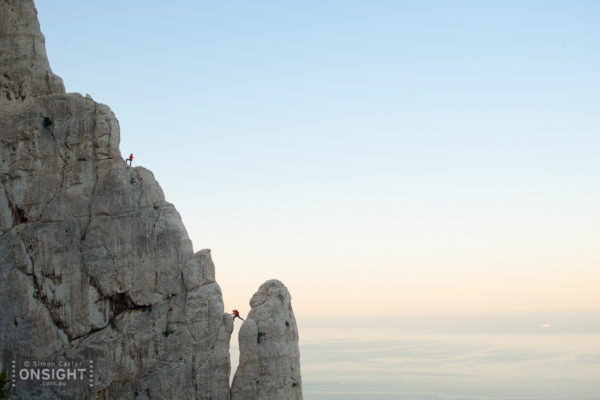 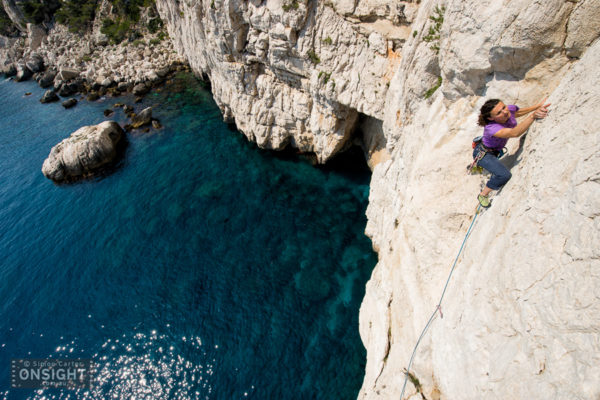 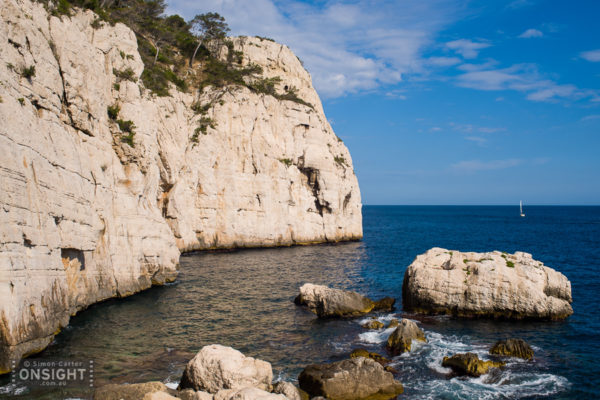 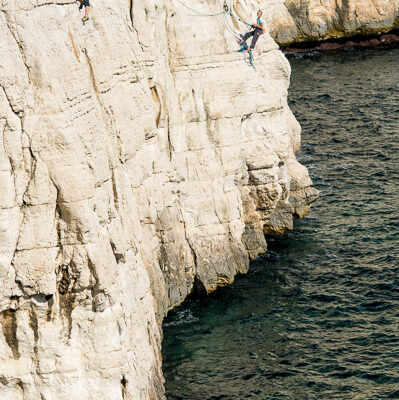 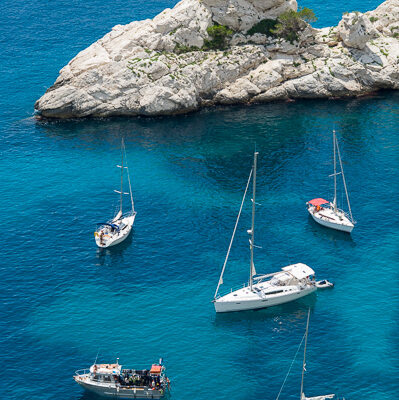 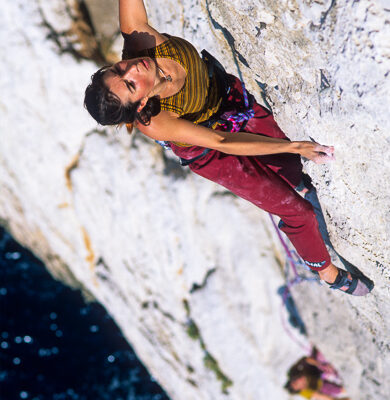 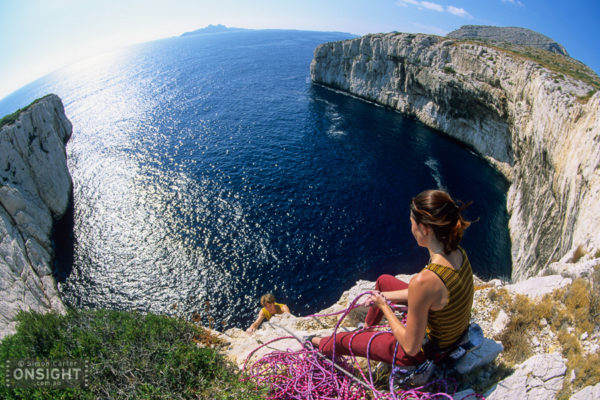 Recent posts from the Blog