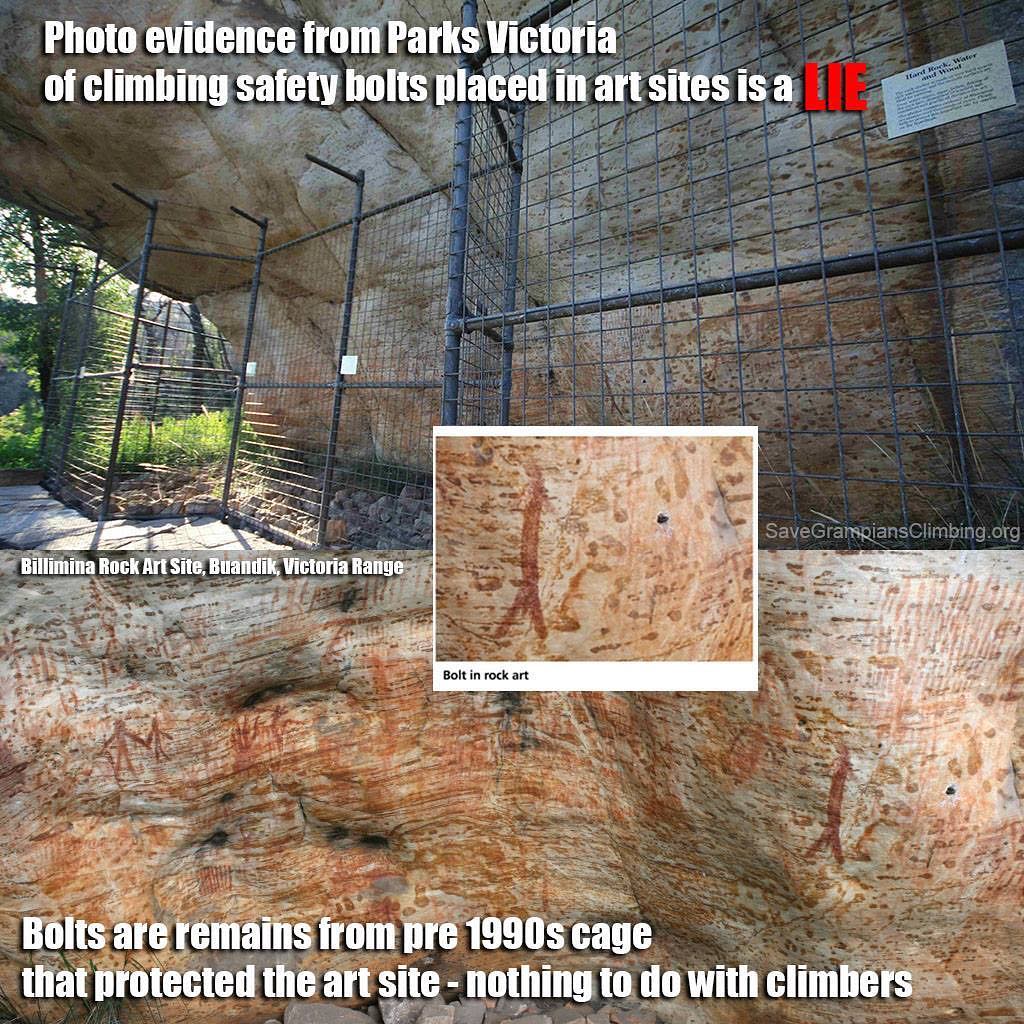 One of the things that has concerned me deeply about the Grampians access saga is some of the accusations that have been leveled at climbers by Parks Victoria. I have long suspected that at least some of the accusations were more than merely exaggerations. I have been working on a longer piece about this issue and this morning visited Parks’ FAQ’s page, which I see had recently been updated, and in which they had now presented a photo as their evidence of where climbers had placed a “bolt in rock art”. I had always wondered where this was supposed to have occurred and I was always surprised that no one was able to tell me where this had actually occurred in the Grampians. So I asked around and quickly got the answer back that the bolt in the Parks Victoria photo was not a climbers bolt at all. It was one placed 30+ years ago by managers of the area themselves! And Parks are presenting this as a basis for climbing bans! This is unbelievable. Read the rest of the story here on www.savegrampiansclimbing.org