It’s now 50 years since the first recorded climbs at Mount Arapiles. That’s right, The Siren (9), Introductory Route (5) and Tiptoe Ridge (3) were cranked out way back on 16 November 1963. And so Arapiles is now celebrating a milestone! 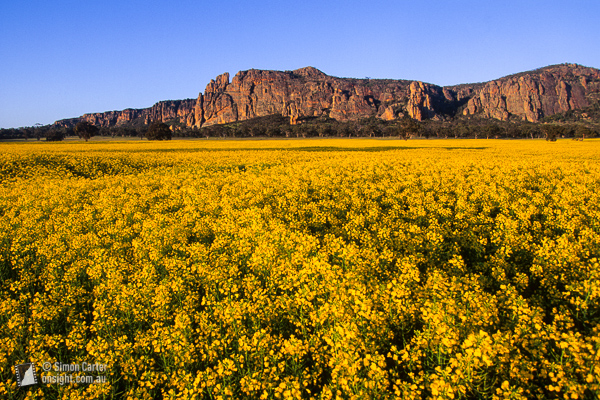 Having travelled the world for climbing, I’m sure Arapiles is one of the world’s best crags for easier trad climbing — and that’s significant. It isn’t quite the cutting-edge crag it once was but I don’t think that matters. Arapiles’ ability to impact and enrich people’s lives, usually for the better, remains undiminished I’m sure.

Like it has for so many of us, Arapiles has played a major role in my life and I know it has influenced my life’s direction.

In some ways 50 years sounds a long time, so it’s a bit scary to think that my first-visit to Arapiles was some 30 years ago itself (hmm, I don’t feel that old…). It was August 1983, we travelled from Canberra and for sure we were on a pilgrimage to Australia’s climbing Mecca. Since that first time I’ve spent over a year in total camped out at that hallowed ground, and Arapiles has become a good friend that I know well. It hasn’t always been an easy friendship; honestly it has scared me many times, and once it gave me an eight-metre ground-fall — lucky to walk away.

In 1992-1993 I was on an eight-month full-time climbing stint, living in my tent at Araps. Back then that’s what you did if you lived for climbing, you saved your pennies (or lived off the dole), lived at Araps and you climbed — it was also the best way to get good. At that time it had been years since I’d done much photography; my childhood dreams of it had been crushed when working in a tiny University darkroom years earlier. But at Arapiles, on my rest days from climbing, I picked up my camera again and started to document my friends often impressive, spectacular and ground-breaking accomplishments. Soon I was spending so much money of film (remember that?) that I had to find a way to offset the costs, or else stop. Sitting in my camp site at nights and thinking about what I wanted to do with the rest of my life, I came to some realisations. I decided there was something beautiful and positive and interesting and significant in what I was seeing and trying to photograph, and I decided that I owed it to myself to have a serious shot at professional climbing and outdoors photography. The next year I moved to Natimuk and Onsight Photography was born.

So you see, Arapiles inspired what I’m doing today — and the dream was born there under the stars.

To celebrate here is a little photo homage to Arapiles, with an emphasis on my older shots, some of which are unseen. To launch the gallery viewer to see the images full size, just click that little arrow (just above this paragraph, on the right side), there you can also turn on the captions.