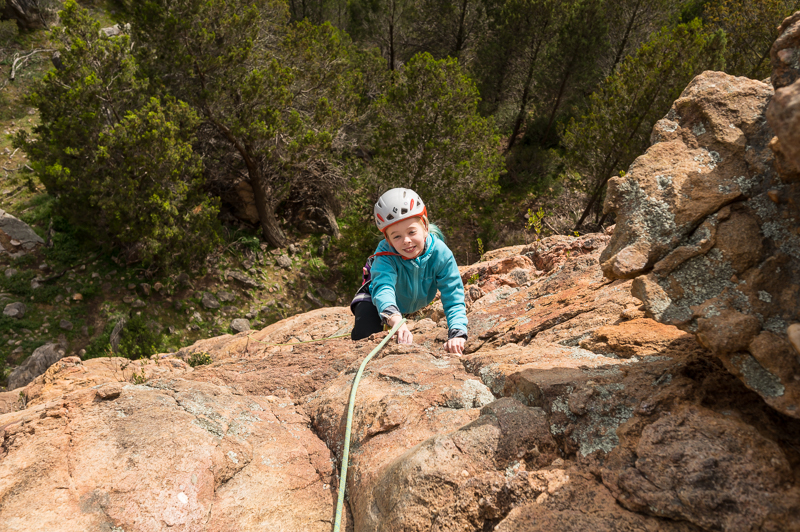 I was dreading the school holidays. Worried I would be stuck in front of the computer finishing a project and Coco stuck in front of the TV or computer games and the inevitable arguments. Yeah, I know, bad parent, not enough time… But thankfully we did have time, a decision was made and off to Arapiles we all went.

It was different being there as a family, than 25 years ago as a resident dirtbag. How good it was to now share this special place with my daughter, show her around, explain things to her. Camping. Picking up a stumpy. Catching her as she leaped into my arms a millisecond after seeing a snake… And lots of other families there too. Good atmosphere. It’s unique.

The transformation I saw in Coco in those ten days warmed my soul. As a climber, she’s talented and goes great in the gym but I’ve never pushed her to climb outside. She wouldn’t climb for the first few days, honestly, I think she was scared. Then she started by top-roping a 2 and we worked up slowly from there. Day by day her confidence grew. Then we took her on her first multi-pitch, the 4 pitch Arachnus (8), and she loved it! 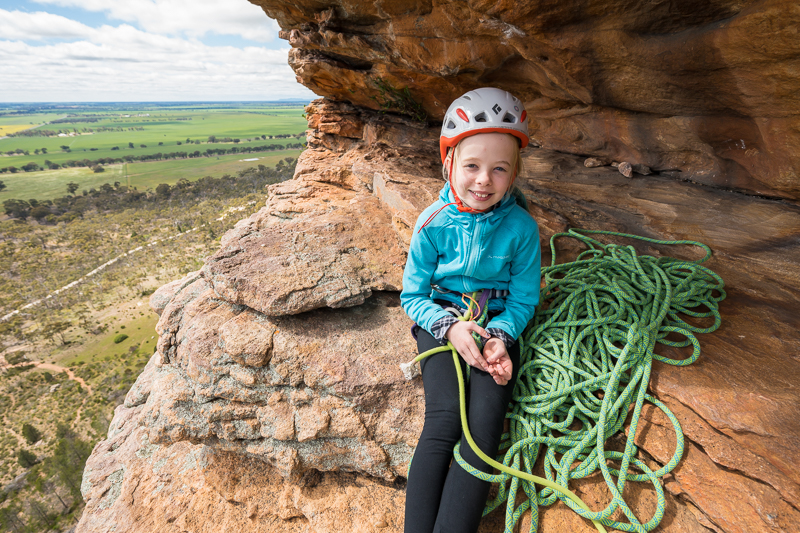 Coco finished the trip on a high, smashing a 17 in the morning before we got in the car to start the drive home. She passed $10 to me and said “here Dad, give this to the ACAV for me”. Coco was sick of hearing my Grampians talk but now she was starting to understand what it was about.

But it is complex. How do you begin to explain it to a ten-year-old when our politicians and bureaucrats refuse to countenance that maybe not all is as it seems? This is about far more than our self-interest as climbers. At some points there is politics, power and money involved and thus we might not be able to make a difference. But unless we fight the lies, the dishonesty, the opaqueness, the misuse of laws, the threats to livelihoods for something said, the departmental deafness, unreasonableness which will inflame racism, the wilful blindness to real threats to the cultural and environmental values, the commodification of these public lands… Unless we fight we have not only let down ourselves and our daughters, but every Australian and every future generation as well.